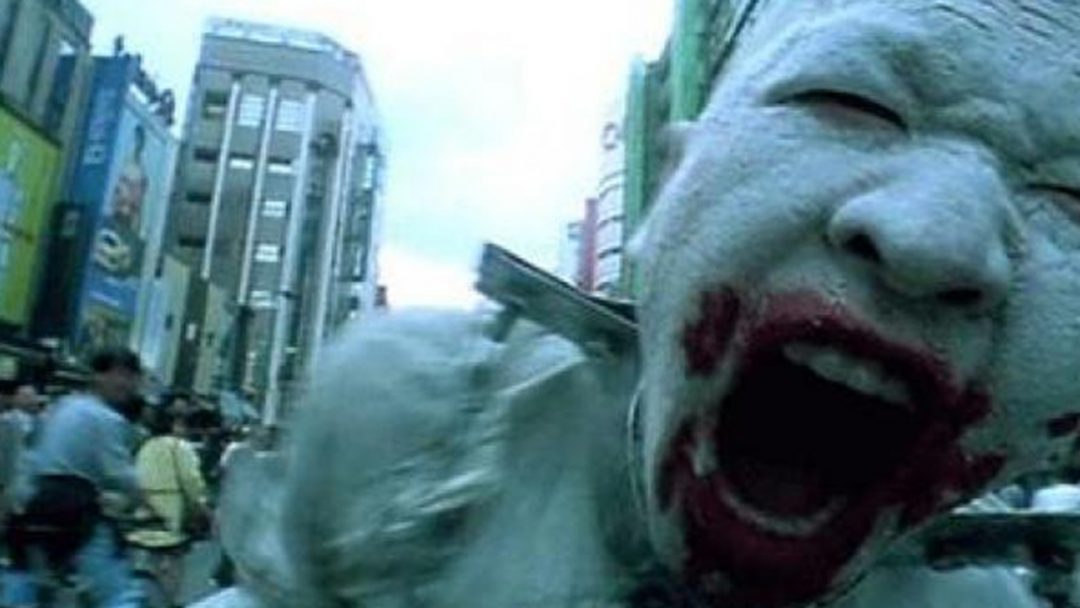 A nightmarish near-future cyberpunk with a heady mix of sex and violence. An underground organization throw out one of the sex slaves they have created due to his inability to perform. Stripped of his memory, ability to communicate, and any sense of purpose, this man (Haji Suzuki) wanders aimless until he is picked up by a young woman, Himiko (Onn-chan). She is creating maps of the city for those who have lost their memories to allow people to live without their memories. Himiko takes in this unfortunate creation, whom she names Pinnochio (964 being a reference to his product number). Realising that Pinnochio is not dead as they had expected, those who created him set out to recover their product. Meanwhile, Himiko and Pinnochio both seem to be experiencing psychotic episodes as their realities collapse into a twisted maelstrom of torture.

Written and directed by Shozin Fukui, “964 Pinnochio” is a work that draws on horror, surreal arthouse moments, and earlier science-fiction tropes. Naming the creation Pinnochio is no coincidence as this is a man who has been cut loose from his narrowly defined role and left to find his own way. He is also reminiscent of Frankenstein’s monster as an abominable creation who nevertheless has some semblance of spirit that is trying to find release from his bodily prison. A fantastic example of the cyberpunk genre, with strobe lighting, stop motion, speeded up footage and extreme close-ups provoking that physical response that the best horror does. The film seems intent on making the audience squirm, with an extended sequence of vomiting, gory closeups that blur the line between eroticism and horror, and moments such as a character drooling into a bowl of cherries, all intended to cause revulsion. The film’s contemporary or near future setting, with little to visually distinguish it as in any way technologically advanced, nevertheless does a great job of making the familiar unfamiliar. The backdrop of industrial decay, bleak urban landscapes of concrete and smoke, creates an oppressive atmosphere that draws out the themes of dehumanisation. The sound design of buzzing strip lights and the hollow echo of these cold spaces similarly creates a feeling of anxiety and isolation; of the living characters being trapped in a world of uncaring technology and the slow yet inevitable entropy around them. The film will not be for everyone and while there is a lot to recommend it there are certainly moments that drag it down. Several scenes go on far longer than is necessary to get the point across. In particular the vomiting and a running sequence near the end of the film feel overlong. There is also a subplot involving an employee of the company adopting a child, and later kidnapping a young girl. This is given little time in the film and seems like an idea that would have been interesting to develop, in relation to Himiko and Pinnochio’s relationship, and ideas of care and control.

The film is rough around the edges which adds to its charm. The central story of a creation being cast out and finding out about itself and the world is a solid hook on which to hang the outrageous and provocative creativity of the director. While “964 Pinnochio” is full of shocking moments, this poignant journey of the protagonist is enough to keep the audience engaged and rooting for him. There is an interesting detail later in the film with Pinnochio chained to a large pyramidal object, perhaps representing something like Maslow’s hierarchy of needs and his search for self-actualisation above and beyond the base function of his programming; it also may be a metaphor for the psychological burden that he is dragging around with him. The scene in the scrapyard between Himiko and Pinnochio is an evocative moment, with the two characters literally thrown out from normal society. Like all good cyberpunk “964 Pinnochio” champions the underdog, the dregs of society, the apparently worthless and unloved. A prime example of the cyberpunk genre that hauls you through hell to deliver a deeper message on human suffering and the treatment of the lowest in society.