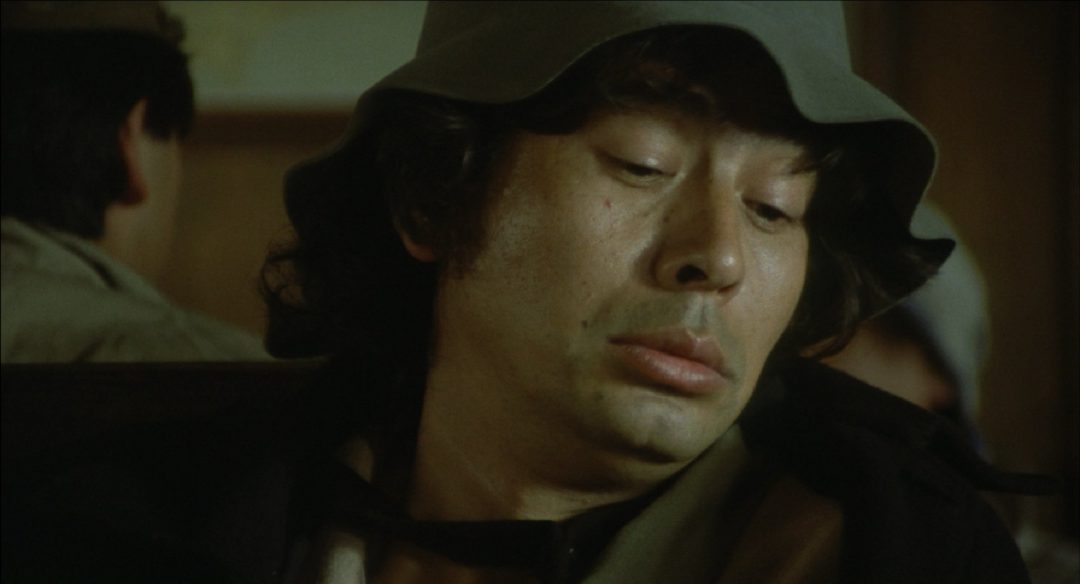 The Adventures of Kosuke Kindaichi (1979) by Nobuhiko Obayashi

Famous detective Kosuke Kindaichi (Ikko Furuya) finds himself entangled in a mysterious case involving the missing head of a statue. A group of roller-skating, clown-costumed, art thieves are causing havoc with a spate of robberies. When they accost Kindaichi Kosuke and ask him to return to his only unsolved case, involving famous artist Haida, he sees the opportunity to finally answer that outstanding mystery. Along with officer Todoroki (Kunie Tanaka) and the leader of the theives Maria (Miyuki Matsuda), Kindaichi encounters a series of comedic situations in search of the culprits.

Based (very loosely) on the works of popular crime author Seishi Yokomizo, “The Adventures of Kosuke Kindaichi” is part detective story, part slapstick comedy, and part self-referential, fourth-wall breaking satire. The film credits Yokomizo’s work as its basis, with a screenplay by Koichi Saito and Akira Nakano, but it is director Nobuhiko Obayashi’s style that colours every moment of this lively crime caper. The Kindaichi of the film is a caricaturish figure playing up to his reputation as a dishevelled detective, with exaggerated tics such as scratching his head and his unkempt style marking him out as a figure of fun. The film rarely takes itself seriously, with numerous wordplay gags, pratfalls, animated moments, inexplicable appearances of Superman, and surrealist comedy representative of the counter-cultural trend tearing down revered figures. There are references to various Kindaichi cases from the books, a fun in-joke for those familiar with Yokomizo’s work. If you are a fan of the books however, this film will probably not be for you, as it seems to almost mock the very notion of the character. Obayashi brings the character of Kindaichi to the contemporary era of discotheques and rollerskating youths; and creates a bizarre confusion of non-sequitur humour and punchlines without set-ups. Later in the film there is even a Seishi Yokomizo cameo as his royalties for the Kindaichi stories are delivered, further muddying the waters about what is going on.

“The Adventures of Kosuke Kindaichi” is either an incomprehensible mess, a kaleidoscopic comic masterpiece, or a multi-layered self-reflective work that considers Kosuke Kindaichi as a fictional character as well as the protagonist of this story; and that comments on the police force and its depiction in media. Obayashi does not constrain himself to conventional storytelling, which can be both a good and a bad thing, allowing for an artistic and unique style that is able to express more than a straightforward story would; but also means throwing in several ill-fitting elements, the murder and mayhem struggling to find a tonal balance. The film is likely to have a mixed response, the audience’s enjoyment based on the extent to which they are willing to leave pre-conceptions and expectation behind and give in to the bohemian daring of Obayashi’s filmmaking.