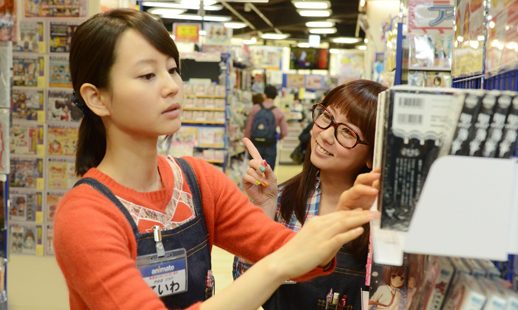 Mugiko Koiwa (Maki Horikita) and her brother Norio (Ryuhei Matsuda) are surprised when their mother Saiko (Yo Kimiko), who left them years before, suddenly reappears in their life hoping to rebuild their strained relationship. Following a short illness, Saiko dies and Mugiko has to travel to her hometown to complete the burial procedure. While there Mugiko meets a number of people who knew Saiko and comes to reassess her mother and their relationship.

“My Little Sweet Pea” is a heartwarming and poignant family drama. Directed by Keisuke Yoshida from a screenply by Yoshida and Ryo Nishihara, the film looks at the relationship between a daughter and her estranged mother. At times the story feels a little uneven, beginning with Mugiko arriving at her mother’s hometown with her ashes and telling the first part in flashback, before later returning to the present and Mugiko’s interactions with the townsfolk, including Michiru (Yumi Aso) who offers her a place to stay. Where the film does excel is in its characters. Maki Horikita gives a moving performance as a young woman who feels let down by her mother, but who later comes to an understanding and even appreciation of her. Her frustration at her mother’s reappearance, unwittingly destroying her comic books and interrupting her anime viewing, will be familiar annoyances to many viewers. Acting as the perfect foil to her are Yo Kimiko as a mother awkwardly trying to make amends with her daughter, and Yumi Aso who acts as a surrogate parent to Mugiko and allows her to express herself indirectly to her deceased mother. Some of the most powerful scenes, at the crematorium and the graveyard, are devastating to watch, with a palpable sense of loss. The sense of community in this small rural town also comes across well in the film. Despite some difficult themes the film also has a lot of humour, such as the dangerously distracted taxi driver who knocks down a policeman near the beginning.

A film about a daughter coming to terms with the loss of her mother and reassessing their relationship. There is a believable tragedy in the fact that Mugiko never really knew her mother and therefore feels no desire to engage with her when they are reunited. Mugiko and Norio have both moved on, Norio perhaps more hurt than Mugiko, who has less of a memory of her mother. The message of the film is that children should cherish their parents, and try to forgive their mistakes, as it is too late to show affection when they are dead. We also see in the film the similarities between mother and daughter, with Mugiko dreaming of being a voice actor just as her mother dreamt of being an idol. An emotional and ultimately uplifting family film with some touching moments.