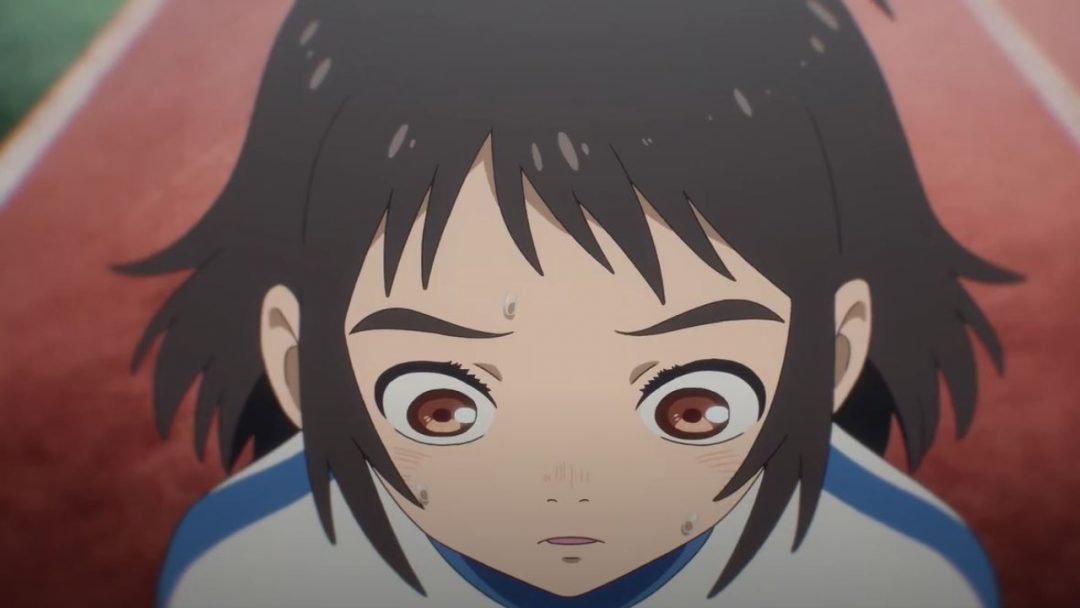 Primary school student Kanna (Aju Makita) lives with her father (Minako Kotobuki). As the school marathon approaches it stirs up difficult memories of the death of her mother at the previous year’s event. When Kanna breaks down at the marathon and runs away, she meets Shiro (Maaya Sakamoto), a rabbit god who tells her she must run to Izumo in Shimane Prefecture, gathering victuals from various shrines for a feast of the gods that is due to take place soon. Shiro tells her that her mother was an Idaten, a god of running, and Kanna is to take on that mantle. The two are also joined by Yasha (Miyu Irino), a demon with a grudge against the Idaten running gods who lost them their own place among the deities.

“Child of Kamiari Month” is aimed firmly at a younger audience with a formulaic and familiar plot and characters, including a strong-willed heroine and magical side-kicks. The film follows Kanna on a journey of acceptance as she comes to terms with her mother’s absence, creating a fantasy framing to better help both her and the potential audience learn how to grieve. The animation can be static at times, but the film ably sidesteps this issue of motionless backdrops with the introduction of a magical bracelet that freezes time. This provides an interesting environment, real world yet transfigured by raindrops hanging in the air and people frozen in place, as Kanna, Shiro and Yasha, along with various deities, remain mobile. It is fun to see the gods of the various shrines, but it seems like an opportunity was missed to do more with them. Most only appear briefly in a montage of Kanna collecting the produce for the feast. It would have been interesting to explore some of the characters and significance behind them. The score by Jun Ichikawa and Naoki-T is one of the highlights of the film, part whimsical fantasy but shifting to darker tones as the weight of Kanna’s sense of loss becomes more apparent.

The film’s has a simple yet noble message for its audience, showing young children what it is like to deal with the death of a parent, with a comforting and supportive cast of characters helping the protagonist overcome her grief. This is well done, subtly transforming the lost parent into a magical persona with exceptional abilities, no doubt how she is seen by her daughter. Her mother’s divinity forms the second strong theme of the film, with Kanna lacking this ability and perhaps concerned about living up to her expectations. Later in the film Kanna learns that it is a person’s will rather than their genes that define their greatness. It is an excellent message for children, especially those dealing with something similar. The film is also and interesting look at the religious heritage of the society, showing the various gods and shrines emblematic of a polytheistic, collective society, as opposed to a monotheistic one. This is further emphasised by Kanna’s reliance on Shiro and Yasha as companions on her quest. Kanna is both coming to accept the loss of her mother and also reconnecting with a wider society, coming to understand that she is far from alone. “Child of Kamiari Month” is a fun fantasy adventure that tackles difficult themes, though it may lack appeal outside the younger age group.