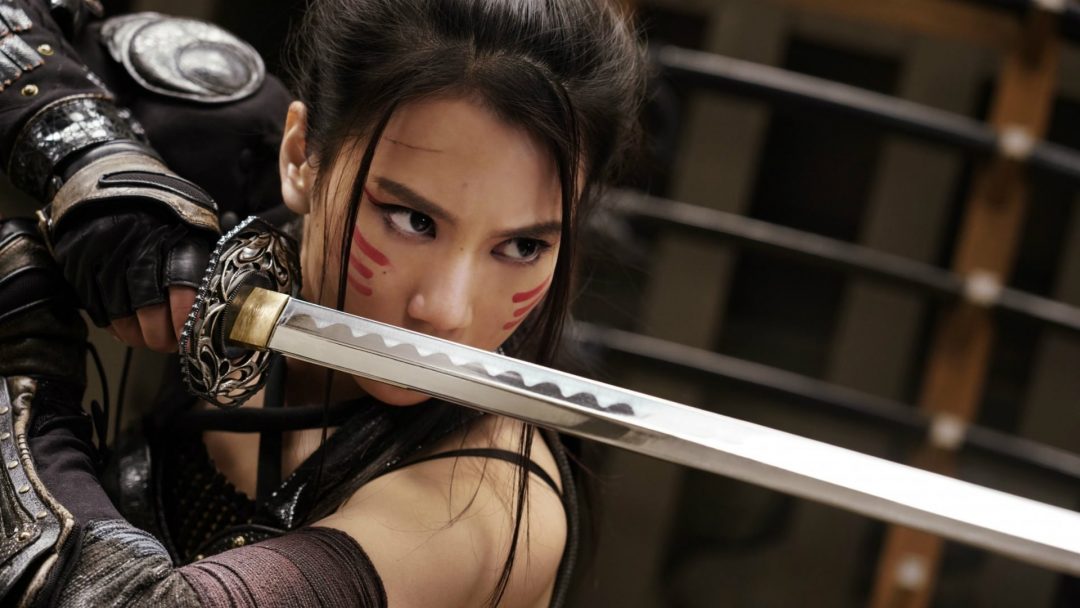 A historical live-action spin-off/prequel to the anime film “Black Fox”, the story takes us back in time to provide an origin myth for the titular hero. We are thrown straight into the action with Miya (Maimi Yajima) running for her life from the Negoroshu clan who killed her father. She manages to find the Foxes, a group of ninja warriors, whom she begs for help in getting revenge. Among the Foxes is Rikka (Chihiro Yamamoto), the grand-daughter of their leader, whose aversion to killing makes her something of a pariah in the group, despite her heritage. We discover that the Negoroshu, led by Lady Haku (Mami Fujioka) are looking for Miya to obtain her magical abilities to emit electricity, frazzling her enemies. They are working for Shigetsugu (Yuki Kubota), who is under the command of by the evil Lord Burado (Hideo Ishiguro).

“Black Fox: Age of the Ninja”, written by Naoki Hayashi and directed by Koichi Sakamoto, provides comic-book action, with a simple story, magical powers and over-the-top theatrics. There are few surprises here, with it being a straightforward battle between good and evil, and little depth to the characters, who fall into either the likeable hero or nefarious villain roles. The script likewise has some on-the-nose dialogue with characters spouting exposition about events, and comic asides that give the feel of a live-action manga. The film is clearly aimed at a younger audience, with bloodless fight sequences, and inclusions of the Black Fox’s CGI enhanced special 9-tailed attack move firmly establishing it as a fantasy depiction of the ninja. The fight choreography is well-done, with energetic camera work and all of the performers selling the action. It is a case where the interludes for story are something that has to be patiently waited through until the next set-piece brawl. These fight sequences are worth it though, showing off the abilities of the cast, as well as a mix of techniques, with Chinese-style swordplay alongside ninja-type attacks, the characters relying on trickery and wiles rather than brute strength.

The story’s twin protagonists, Miya and Rikka, both embody the image of young women determining their own path. Miya has been sheltered by her father, ostensibly to keep her from harm, though we later learn that she has been lied to and exploited. Rikka meanwhile lives in the shadow of her grandfather, and her deceased father, having to choose between the warrior code of one and the peaceful, non-violent approach of the other. While it is not a film that attempts to reinvent the wheel of historical action cinema, it does what it does well, delivering some excellent fight sequences and an all-ages story of good triumphing over evil.